McFarland Mall's opening on February 12, 1969 was the city's first attempt to stop the bleeding of shoppers to Birmingham only 60 miles away.  Shoppers were lured to their much larger neighbor drawn by the likes of Eastwood Mall, and the city would face even greater competition with the opening of West Lake Mall in Bessemer much closer to Tuscaloosa the same year.  By providing a viable local alternative, the hope was that local money would be spent locally.  Local builder Ward McFarland made just that happen with his namesake mall.  Operating for over 40 years, the mall would remain successful long after its early competition has vanished and local competition has squeezed its market share.  While today the mall is looking at its final days, it is not any failure of the mall itself but simply a reflection of the era it is in where too many malls dot the landscape for an economy not big enough to support all of them. 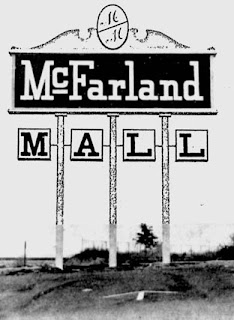 The images here are not the best quality, but they show how the mall has changed somewhat over time.  What is more striking is how much is actually the same about it.  While the mall has since gained a new food and entrance court, Gayfer's got a different name and Woolco is now a mini strip mall.  It is not difficult to tell from these pics that inside and out it is very much the same mall.  The pictures and ads here represent two dates: one from opening day and the other from 1978.  I have indicated which pics are from 1978 since most are from opening day in 1969.  Perhaps the mall lasted this long due to the overall growth of the city, but it would be interesting to see how different the mall's fortunes would have been had anything been different...for instance if Woolco had instead been JCPenney.  Whatever the outcome would have been, it is good to be able to provide perspectives from both eras.  I got there soon enough to be able to show both.

Overview of the mall in 1969.  Instead of the big overblown entrance in the center, a small tower resembling a water tower is found in the same general area.  Does anybody know what that is? 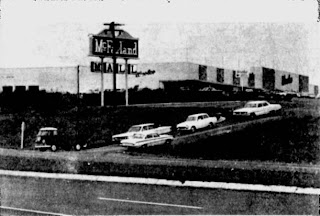 The original McFarland Mall sign with Woolco in the background. 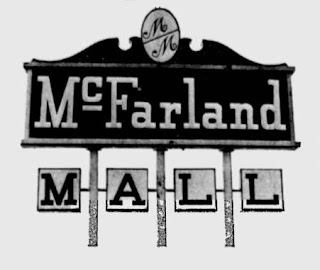 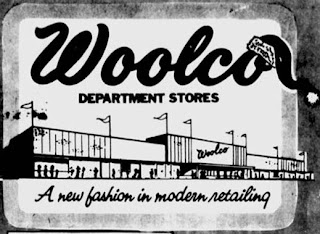 Images from advertisements for Woolco. 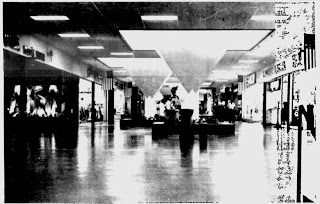 A view of the mall in 1969.  Back then, it apparently had shiny hard floors and triangular banners hanging from the skylights. 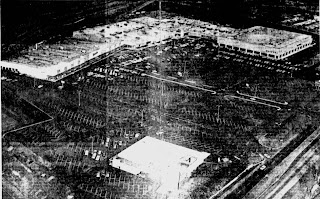 Winn-Dixie opened on the outlot next to the mall where Books-A-Million is now. 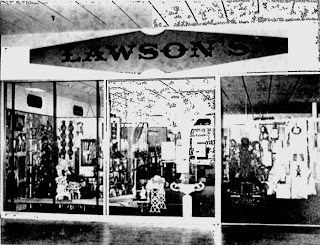 Lawson's Gift Shop was one of the original stores in the mall. 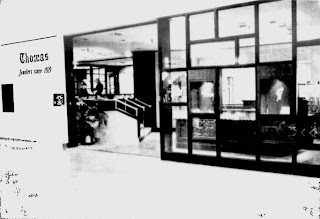 This image of Thomas Jewelers is from 1978.  The glass wall to the right is the epitome of the era it was built.  I found an old shop like that in my post about Galleria Specialty Mall. 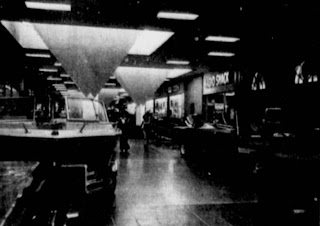 Another view of the mall, this time showing more clearly that the triangles were apparently banners.  They are annoying because they defied photography in the mall much the way ad banners in other malls do today. 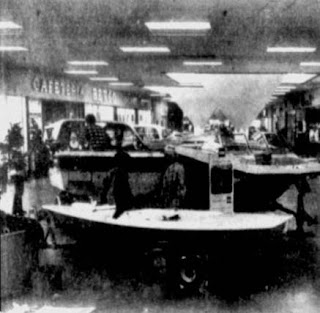 Another view of the mall, apparently part of a boat show in these 1978 pics.  You can make out the Morrison's Cafeteria logo on the left.  Piccadilly moved in and renovated the location in 1978 to the gothic motif.  Too bad modern Piccadilly locations never bothered to renovate the Morrison's locations they took over.  Note how many have closed in the past few years as well. 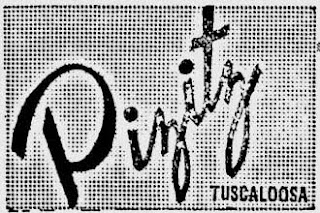