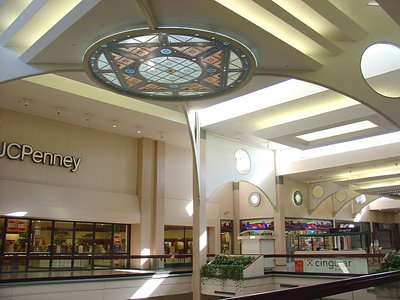 One of the six known fully-enclosed malls of DeKalb, Northlake opened in 1971 and was the first three-anchor mall in DeKalb County. Its original anchors were Davison's, Sears and JCPenney, and Northlake was distinct in being one of only two malls to have no Rich's. I believe this happened because North DeKalb down the road was not that old at the time, and its sole survival has always depended on the Rich's there, which is still fully operational today. Northlake was also a typical two-level 70's mall with the brown tiles, fountains, skylights, a Piccadilly Cafeteria, McCrory's and an exterior design that is typical brutalist 70's modern. Northlake was also responsible for the decline and eventual closure of Columbia/Avondale Mall. 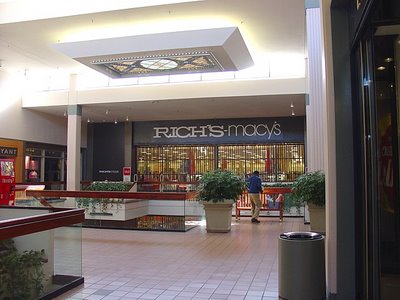 Northlake held its own in the 1970's when DeKalb County was still a prosperous and growing suburb, but it began to stagnate in the 1980's and the growth pretty much shifted to south Gwinnett. It was still the major mall for that area, however, until a major blow came with the opening of Gwinnett Place Mall in 1984. A mirror image of Town Center at Cobb Mall in Kennesaw, Gwinnett Place featured Rich's, Davison's, Sears and Mervyn's...pretty much everything Northlake had except Penney's. While there was the population to continue supporting it, Northlake fell into a time warp that it never really has escaped ever since. 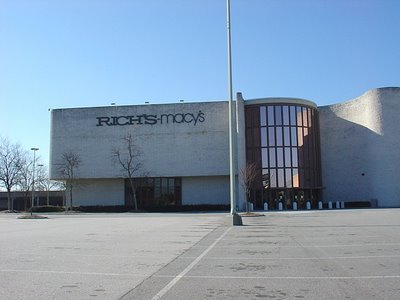 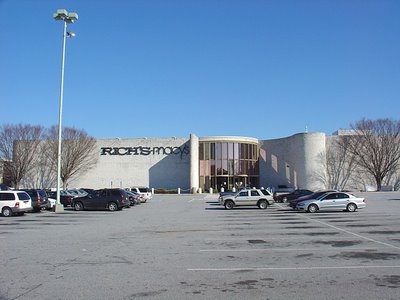 The 1990's did bring some changes to the mall. New flooring, removal of some fountains and a new exterior entrance all came with the 1993 renovation.  A Parisian department was also added where the Piccadilly and McCrory's once stood, and a food court that created a second mall entrance to JCPenney was added off of the lower level. 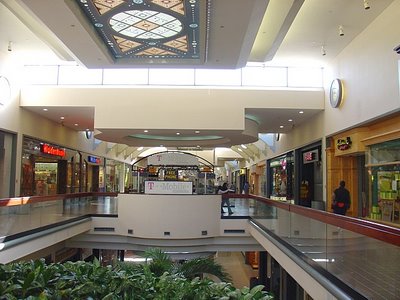 The "dated" appearance that remained after the 1993 renovation I'm not complaining about, though. I really miss a lot of the 70's decor elements in malls these days including plants, fountains, darker interiors and the more muted skylights. Northlake has much of this, and it's refreshing. The problem is, the reason its there is because the mall is not exactly a top-tier mall, and this is evidenced by the slow departure of national stores and the previously very threadbare condition of the Davison's/Macy's at the mall, which looked to have not received a renovation in 30 years.  I had heard it was an outlet now, and there was no doubt about it that something was up.  However, the renovation around 2007 or 2008 cleaned up the store, suggesting it will eventually supplant North Dekalb's store.  Only two of three levels are currently used in the store, however.  What is also interesting and vintage is next to the entrance there is a huge lighted ball behind dark glass: high design for the early 70's. The Penney's, however, has seen extensive renovations and looked practically new inside except for the cool very 70's escalators that featured one rubber strip that was pink and the other brown. While not 70's, the former Parisian is also quite odd featuring one of the narrowest department store interiors ever encountered with part of the space filling former inline tenants and part of it extending out from the mall..  Kohl's replaced the Parisian at the mall in 2008 after it closed in 2007 due to the Belk buyout. 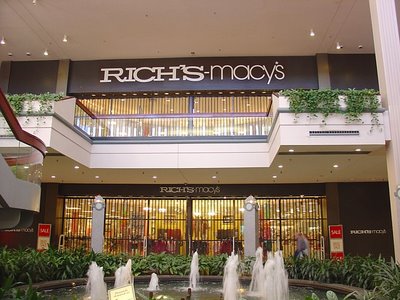 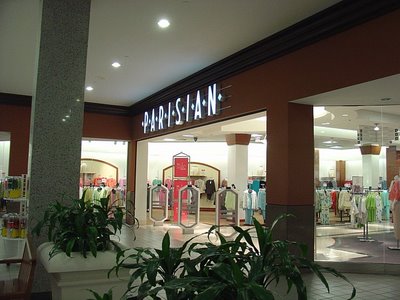 It will be interesting to see how Northlake fares in the long run, though. The area near the mall is not what it was, and the mall suffers a lot of competition from Stonecrest, Perimeter and to a degree Gwinnett Place, though Gwinnett Place has earned a ghetto reputation in recent years. With Parisian going to Belk, Sears on the brink in general and a glut of Macy's stores in the area, it is very iffish what will ultimately happen. It is a toss up who is more likely to close first: the Davison's/Macy's at Northlake or the Rich's-Macy's at North Dekalb, though current patterns suggest the latter. The mall is a timepiece and while it will be a big loss for the area, but it is one of five (formerly six) malls in a county that has long been overmalled. 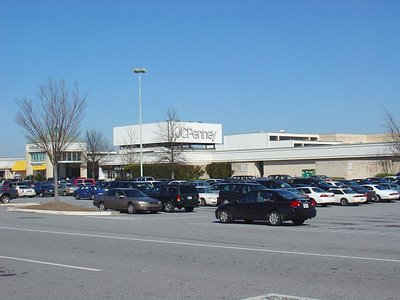