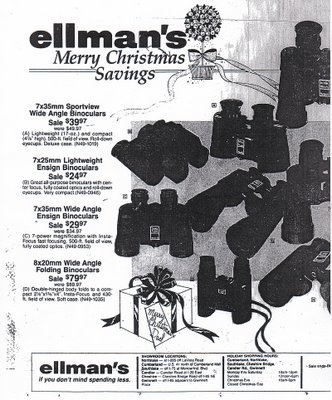 Ellman's was one of a couple catalog merchants in Georgia that once existed in competition to now-defunct Service Merchandise. The other was Segall & Sons, which was more common in central and southern Georgia. Segall & Sons, however, did open a location near Gwinnett Place Mall in the early 1980's. Prior to being bought out in 1985 by Service Merchandise, Ellman's was located in Atlanta and also Charlotte. 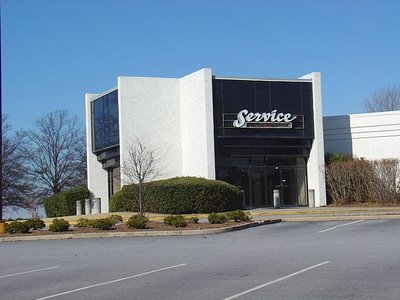 Most former Ellman's locations today are either closed or have been demolished. The former Ellman's location near Cumberland Mall was demolished and rebuilt as a Lexus dealership and the former Ellman's near Southlake Mall still sits abandoned with the Service Merchandise sign still on the outside. It should be noted that the logo shown in the ad was red on the exterior sign. The second two photos shown here are of the Southlake store, and fans of Service Merchandise should be pleased to see that the signs were never removed for it. 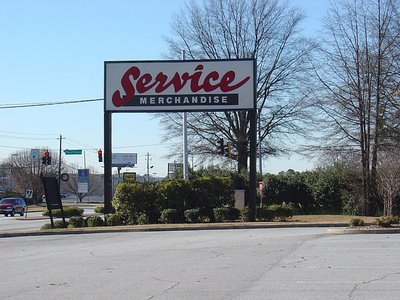 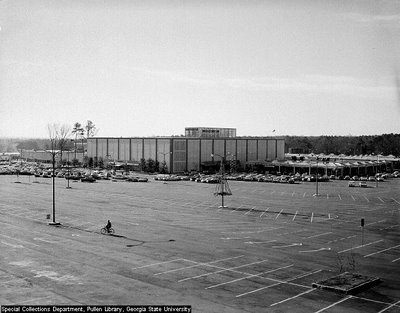 Panoramic shot of Rich's and early Lenox Square in the 1960's from the GSU photo collection.

Lenox Square has changed much to keep up with the times, and the area around it has changed even more as the city around it grew taller and taller. It opened in 1959 as the first mall in Georgia. It was open air and had Rich's, Davison's and a Colonial Supermarket as its anchors. It was enclosed in 1972 with the addition of Neiman Marcus. In 1980, the previously open-air court to the rear of the mall was enclosed into a three-level atrium with a food court and access to then-under-construction MARTA. In 1995, the mall received another level between the atrium and the mall entrance next to Rich's. Along with Phipps Plaza, Lenox Square remains part of the most upscale shopping district in Georgia sitting on tony and world-famous Peachtree Street.

Part of Lenox Square does not actually connect to the rest of the mall. A lower level known as the Plaza Level is now exclusively offices. Prior to the enclosing of the mall in 1972, this was actually shopping space with several shops including a Kresge. A mall entrance to Rich's was also down there. It is really not known why the lower level was sealed off. 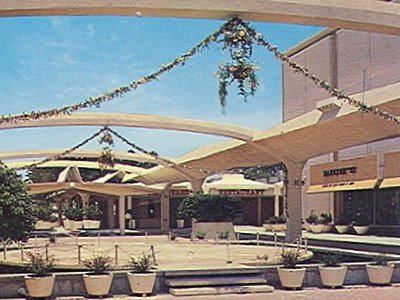 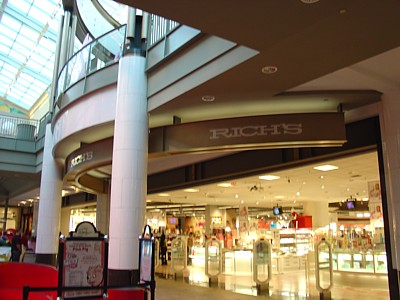 People both local and not local are bound to be confused at the anchor shuffle that occurred here and across Atlanta. What gets people so confused these days is how Rich's and Davison's got shuffled there. Here's how it works: the Macy's NOW was Rich's until 2005 and opened as Rich's. The Bloomingdale's there now WAS Macy's and was originally Davison's prior to 1986. Neiman Marcus was added to solidify the mall as an upscale destination and as competition to Phipps, which had opened with upscale anchors never before seen in the city prior in 1968. 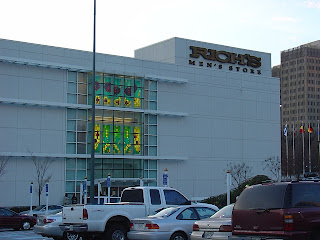 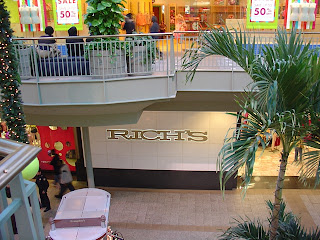 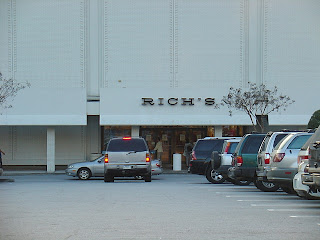 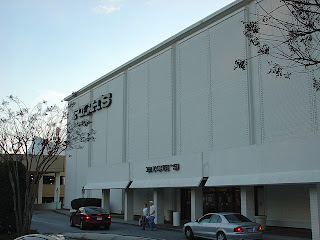 The north Rich's entrance was near original. The sign on the upper left is much newer, but the sign over the concrete awning is the original sign, replaced with black lettering in lieu of green. The front entrance was obscured by the later addition of the Men's store. Both photos here taken in 2005.

The Rich's at Lenox was not skipped over on my Rich's project, though it was one of the more difficult stores to photograph. It has been expanded much since it first opened and it's actually hard to find the original building as 3/4 of it is surrounded. Hardly beautiful, the Rich's at Lenox was the epitome of 50's bunker-like modern design, but still quite enjoyable to shop in with three floors of merchandise, and the expansion was quite attractive. The Rich's here became the flagship when the downtown store was closed in 1991. 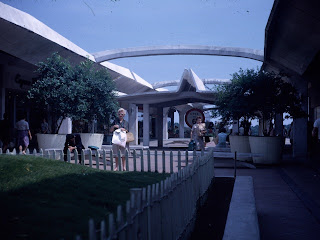 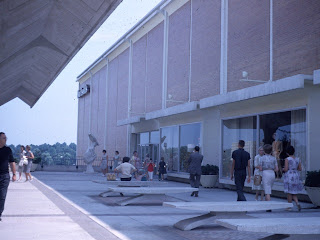 Here is a very rare angle of Lenox Square featuring the Davison's mall entrance with the actualy Davison's sign! This photo is also from Allen Scott taken August 1962.
Posted by J.T. at 4:03 AM 83 comments: