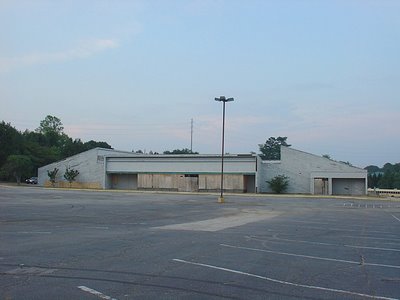 One of the more interesting dead shopping centers I've uncovered is a complicated strip mall located in eastern Cobb County near the intersection of two major county highways. Named Sprayberry Crossing, the thing that makes it significant is how completely retro the whole center is as well as how the design is much like an early version of today's "lifestyle centers".

Why I'd pick such a random strip mall is by and large the very outlandish 70's design of the whole place and the fact it was never updated. The entire center is designed with cedar trim in that usual 45 degree-angled cut they did during that time. At the time, this design very nicely matched all the cedar homes being built in the area around it. Not only that, but such design made for an extremely outlandish Ogletree's/Bruno's that looks like nothing you'd see today. 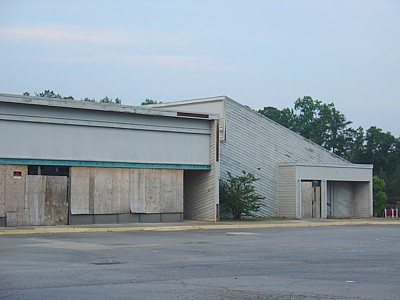 Sprayberry Crossing was originally anchored by an Ogletree's grocery store and a bowling alley, which is still operational. Ogletree's was a local grocery chain with about eight locations prior to being purchased by Bruno's. The Bruno's there closed when the chain scaled back operations and closed all Georgia locations. The center is at the northeast corner of Sandy Plains and East Piedmont Roads and is accessable from Sandy Plains Road. 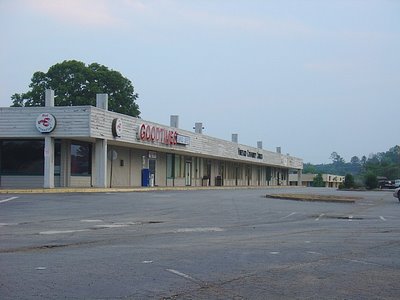 When Bruno's closed, the rest of the strip went to hell with it and left a very blighted area around it. The bowling alley, however, holds its own hidden back behind the retail graveyard you have to drive through to get to it. That bowling alley is one of the few in the area. 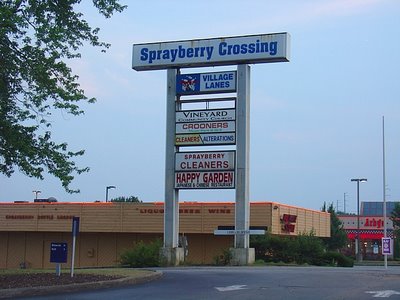