The year before Kinston gained its first enclosed mall, Kinston was already enjoying the fruits of what was then a thriving local economy gaining its first modern shopping center with the construction of Kinston Plaza.  While small by today's standards, the center is actually a combination of strip and covered arcade that is one of the largest and most vintage arcades I have run across that is still operational.  While very local in nature today, the center once had a larger draw. 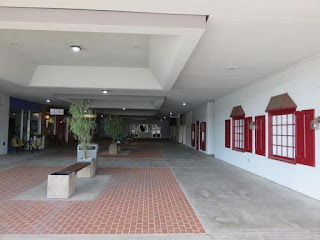 Built in 1966, Kinston Plaza was anchored by Woolco, Colonial Stores and A&P.  The arcade portion may have not been original to the center, instead added around 1970 considering that the now-closed theater that anchors the back of the arcade was opened in 1970.  The theater, named Trans-Lux Inflight Cinema, was renamed Plaza Theater in 1974, twinned in the early 80's and operated at the center until it closed for good in 2000 when a seven screen theater nearby replaced the two screen cinema.  However, the center was already in decline long before the theaters closed. 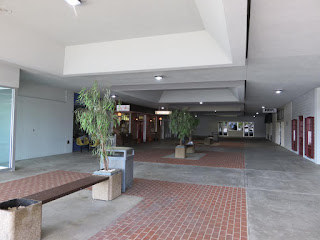 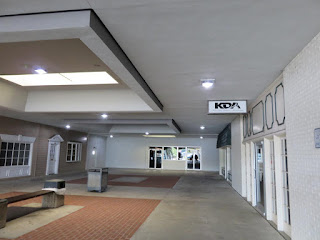 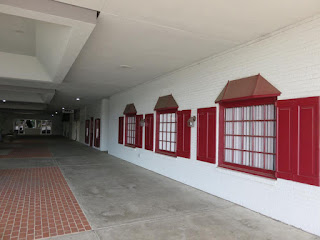 Kinston Plaza's arcade is one of the best preserved mid-century specimens featuring a mix of regionally-popular faux Colonial and 60's modern design.  While covered, the center is completely open-air making the arcade function like a cave.  The far end of the mall is now a long-closed theater.  Photos taken June 15, 2015. 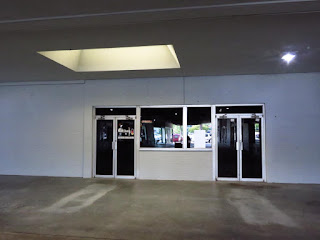 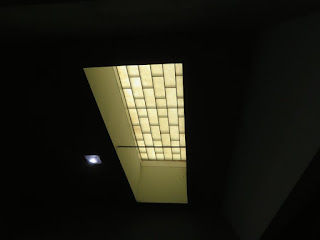 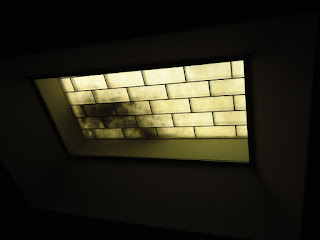 Detail of skylights, which were clearly designed with a cloudy look and obviously need some debris cleaned off.  Photo taken June 15, 2015. 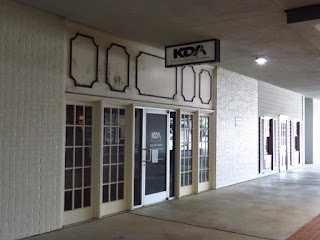 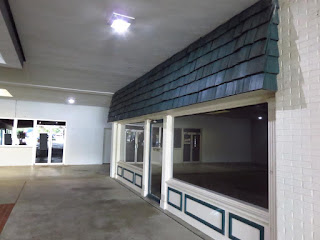 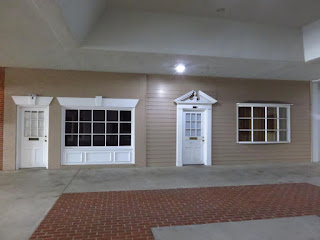 It is obvious to note that none of the original anchor tenants are still in business today, so quite a few changes occurred with the anchors.  The first of those was when Colonial Stores became Big Star in 1978.  Big Star, of course, later closed after stores in the market were sold to Harris Teeter in 1988.  Second was when Woolco went out of business in 1982.  At the time, the shopping center was doing well enough and it was quickly filled by Brendle's Catalog Showroom.  By 1992, both supermarkets had left after A&P exited the market as the company continued to decline.  Brendle's itself would end operations in 1996 joining every other catalog merchant in the dustbin of history.  With the theater already closed, the shopping center probably looked nearly abandoned before 2000, but smaller chains came into fill the void and it recovered. 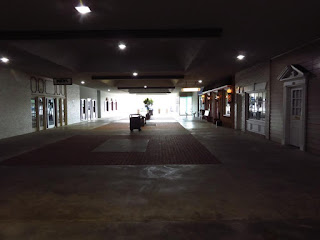 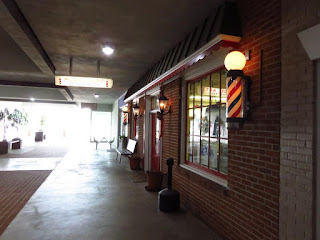 While ownership may have changed, this barber shop/salon is likely the oldest continuously-operating tenant in the shopping center.  Many shopping center barber shops remain mostly unchanged from 50 years ago.  Photo taken June 15, 2015. 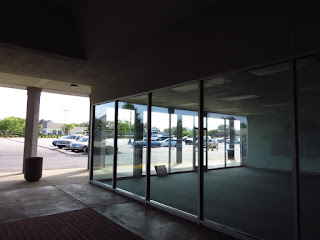 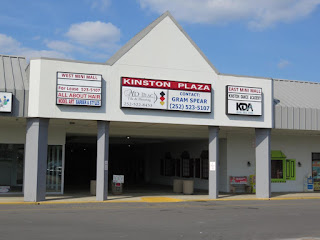 The exterior mall entrance has, unfortunately, been updated into this deceptively boring stucco facade hiding the vintage goodness within.  Photo taken June 15, 2015. 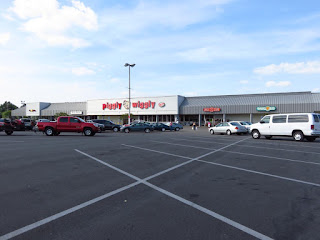 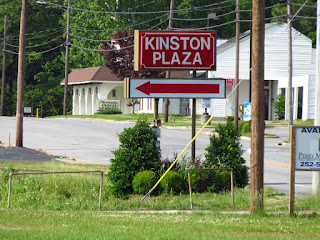 This sign for the shopping center along an adjacent street is likely (almost) original considering the arrow likely replaced an older arrow with flashing lights.  Photo taken June 15, 2015.

Today, the center is alive and (mostly) well again catering to wider tastes and demographics than the original shopping center.  Major tenants include Piggly Wiggly in the old Woolco space, Big Lots in the old Colonial/Big Star and It's Fashion Metro in the old Eckerds space.  A hair salon and dance studio still operate in the "mini mall" space (what the shopping center calls it!), and the former A&P is now a furniture store.  In a town with many vacant retail centers and a mall on its last legs, Kinston Plaza remains a bright spot in the city.
Posted by J.T. at 1:26 PM