Lots of strange things happen retail-wise in second-tier markets.  You know, those cities that aren't big enough to have name recognition outside the state nor the population and incomes to support many big city establishments.  What I mean by that is that not only do retail chains often put their outpost stores in such markets, but such markets also feature a few peculiar stores of their own.  While this is far less true today than it was 20 years ago, Anniston proved to have a few treasures. 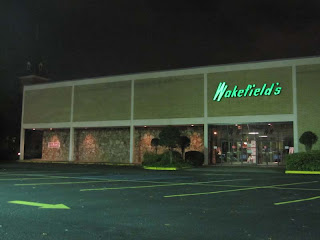 The first of these treasures is Wakefield's, a small department store chain that seems to be on the line of Kohl's or Peeble's, but located only in Alabama.  All of its stores, however, are known as Martin's except one...a free-standing vintage mid-century store close to downtown Anniston.  It is a complete mystery to me why there is one store called Wakefield's and all the others "Martin's Family Clothing".  They also operate "Martin's Baby Depot".  I personally like the Wakefield's name, sign and logo better.  The nearest Martin's is extremely close with a store in Oxford at Quintard Mall and also right across the street from it!  Martin's is also located in Rainbow City (suburb of Gadsden), Florence and Decatur.  The latter two are quite far removed from their obviously strong base in Anniston/Oxford. 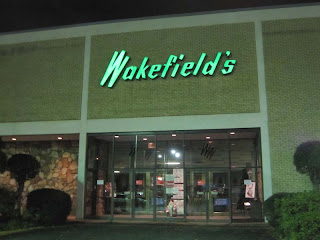 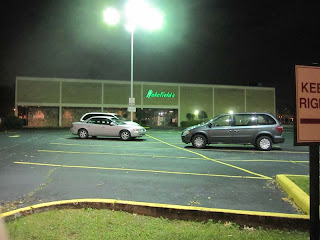 A couple more views of Wakefield's.  Note the "W" over the doors on the second photo.  All other Wakefield's locations are known under the Martin's Family Clothing or Martin's Baby Depot names. 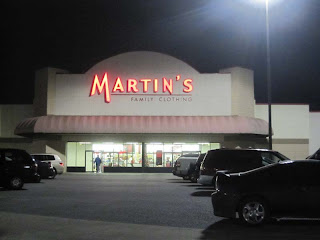 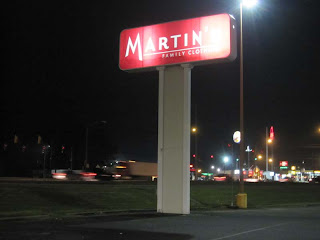 Martin's is located here in a small strip mall on Quintard Avenue.  This one is located across from Quintard Mall with some departments located in a store across the street inside Quintard Mall.
Second, Winn-Dixie, long a staple of the South, has mostly been erased in the more populous areas due to the ever increasing dominance of Publix.  Winn-Dixie once coexisted peacefully with Publix, but not so anymore.  Winn-Dixie was in a difficult position with many antiquated stores and a market that catered to the same crowd that also buys groceries at Wal-Mart...oops.  They were also pushed back in their northernmost markets by the upscaling of Ingles (same demographic) and continued regional popularity of Harris Teeter.  Since then, Winn-Dixie has retracted, retrenched and reinvented themselves.  The Winn-Dixie I stopped at in Oxford was far superior to the older stores. It was very clean and well-stocked with an attractive, semi-upscale design.  However, Winn-Dixie also dominates the Anniston market in part because they have been snubbed by Publix there, which I'm sure that the management of Winn-Dixie is definitely not complaining about.  I, for one, am not comfortable with only one or two chains having a stranglehold on whole states and regions so I'm happy to see Winn-Dixie still around.  Unfortunately, competition Foodmax seems to have withered away in the same town, their parent company Bruno's almost fatally wounded by the expansion of Publix into Birmingham.  I visited one of those Foodmax locations in 2006, which felt like a firm step back to about 1991.  At one point, they had stores in the Atlanta market along with Bruno's. 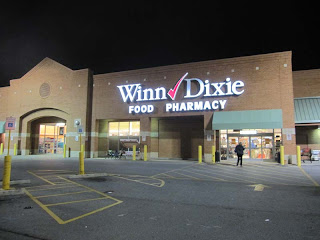 This Winn-Dixie looks to be of very recent vintage, and it sports the newest logo.  It is located on the new Anniston By-Pass about a mile north of I-20.
Third, small cities tend to not get hung up on the replacement store bandwagon found in hotter retail markets.  This is evidenced by the Rite-Aid located across from Quintard Mall.  This is not a former Eckerd; this is an original Rite Aid located in a very small strip mall with only one other local shop.  Inside, the store is a mid-century treasure with wall displays apparently never updated from around 1972.  If you'll note in the photos, these displays also do not generally match up with the merchandise being sold underneath.  Note the Cokes underneath what says "video"...that is, unless they're secretly chilling vintage VHS tapes back in the freezer. 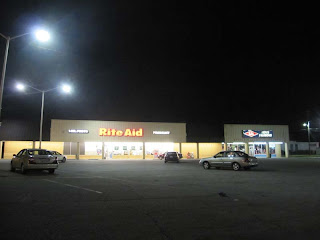 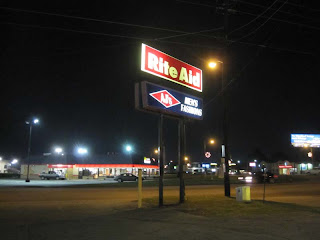 A couple outside shots of the vintage Rite-Aid across from Quintard Mall.  The only other tenant with Rite-Aid is a men's clothing store. 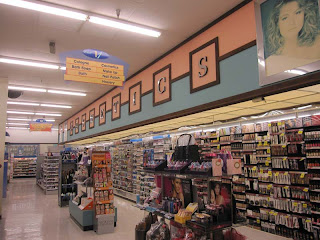 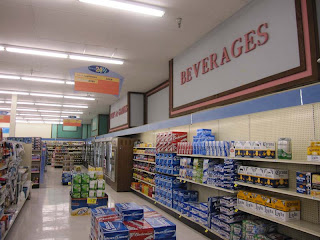 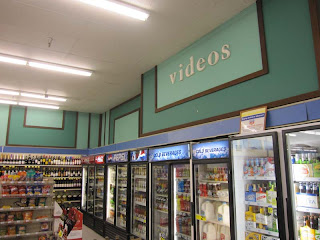 A look at the inside of the Rite-Aid.  The wall displays remind me of pictures I've seen of the wall displays inside the Montgomery Ward at long-abandoned Dixie Square Mall.  I like them, though.  They are delightfully tacky, cozy looking and vintage.  Owners, please do not ever change them as long as the store is there.
Fourth, speaking of drug stores, I wanted to show you a vintage franchised drug store I found downtown known as Wikle's Rexall Pharmacy.  This seems to be an extremely popular site to photograph in Alabama, so if you want any daytime shots, they can be easily found in a web search.  This one is one of those drug stores of baby boomer youth...the ones where you knew the pharmacist by name and the place felt like home as well as a treat to shop at with its quirky selection of merchandise and vintage feel inside.  That was the case with a pharmacy my family went to as a kid known as Bells Ferry Pharmacy.  It was a Rexall franchise like this one.  We knew the pharmacist personally like a relative and the place fit that description completely.  The pharmacist finally gave up and closed in the late 1990's after the place was robbed, and he worked a few years longer in a group of pharmacists with CVS. 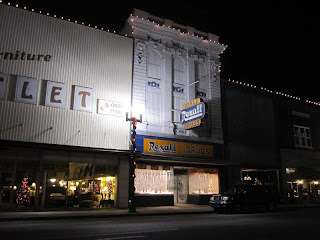 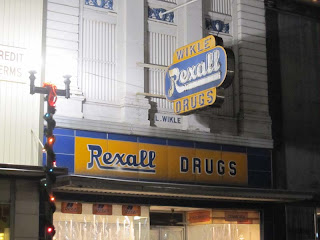 A couple night shots of the Wikle Rexall drug store.  It is a registered historic site.
Last, I wanted to note a local Alabama barbeque chain known as Golden Rule Bar-B-Que.  This chain attempted very unsuccessfully to move into the Atlanta market, but it is a standard in Alabama.  According to the website, its first location was built exactly a century ago in Irondale north or Birmingham.  I also remember an earlier attempt they made in another part of the Atlanta area west of Marietta.  Their failure was quick and abyssmal both times, and part of that nowadays is due to the popularity of another Atlanta-grown barbeque chain known as Shane's Rib Shack.  Nevertheless, Golden Rule seems very popular in Alabama, so I'm wondering why they never caught on in Georgia...oh wait, I keep forgetting *slap*.  Inversely, Shane's does not appear to be in Alabama at all.  One location of Golden Rule I know of actually converted to Shane's, and it has been a major hit ever since it reopened as such.  I personally never tried Golden Rule, but I did not hear positive feedback from those who tried it locally. 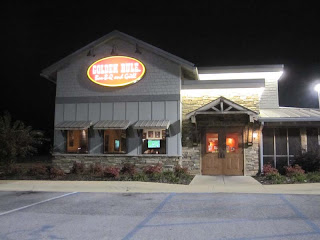 A recently-constructed location of Golden Rule Bar-B-Que in Oxford.  This location was identical to the two closed Georgia locations.
In all, part of Anniston's interesting retail history may be attributed to its location on a historically popular route to Florida, US 431.  US 431 basically functions as a continuous suburban highway its entire length with endless shops, strip malls and stores extending from Anniston to Huntsville.  With this, there were a couple things I failed to cover such as the closed Food Town and Foodmax stores I saw as well as the presence of Rally's Hamburgers...the same thing as Checker's with a different name.  I would love to hear your comments and memories of the area as well.
Posted by J.T. at 4:00 AM