Sumter Mall is alive and well today in the small city of Sumter located roughly between Columbia and Myrtle Beach.  Sumter is a comparatively wealthy city with eight major employers including USC-Sumter, two other colleges, Shaw Air Force Base and Pilgrim's Pride.  While I have not personally seen the mall itself, it is a very basic mall that is now part of the Hull Storey Gibson collection of malls.  However, when it opened it was a far different story.  Then, it was a very heavily hyped locally when the mall opened on July 6, 1980.  It was also known by a different name, Jessamine Mall, named for the state's flower.  Built by Jim Wilson & Associates, the mall featured all of Sumter's downtown department stores making up four anchors.  The single-level mall also featured Rite-Aid drugstore long before their Southern sweep, and it opened with a basic but solid roster of tenants for its era. 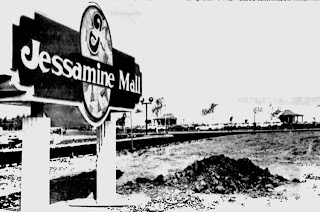 Jessamine Mall as it was called was anchored by Belk Stroman, Capitol, JCPenney and Wilson's Showroom, a catalog merchant.  Belk Stroman was unique in that it was was a little known Belk partnership store located only in Sumter, which was acquired from Belk Robinson in 1942.  Capitol was a store unique to Sumter, and it was not only the city's first department store, but it was also the last to open at the mall opening on July 27th.  Capitol was originally not interested in opening at the mall, but changed their minds later.  JCPenney and Belk Stroman formed the major anchors on each end of the mall, while Capitol and Wilson's were both junior anchors close to the center. 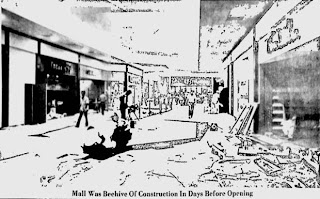 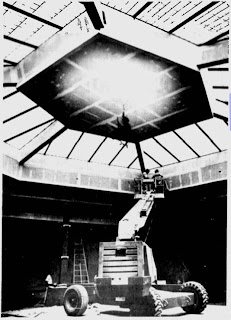 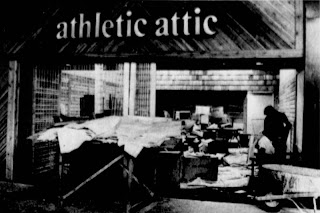 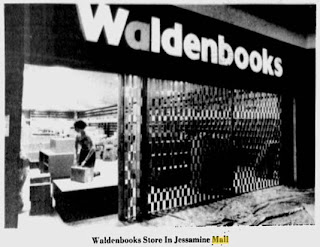 Views of the mall under construction as well and two of the original tenants.  The second is still there today.
The 1980's saw a shakeup of the anchors when Capitol Department Store shut down in 1982.  It was the first in the city, the last in the mall and unfortunately the first to close as well.  Unfortunately, small town department stores that relocated to malls in that period lost their core niche and thus were unable to compete against stronger competition.  Next, in 1985, Wilson's was sold out to Service Merchandise, though it is unclear if the store was converted.  After that, Tapp's arrived in 1986 to fill the space vacated by Capitol.  This was the only Tapp's location outside of Columbia.  The wheel of change did not actually stop turning until 2000.  1995 saw the departure of Tapp's after the chain liquidated.  1998 saw the end of the Belk partnership stores with Belk Stroman becoming simply Belk, but it was never signed as such on the exterior anyway.  Lastly, Service Merchandise folded as a chain in 2000. 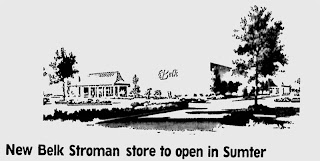 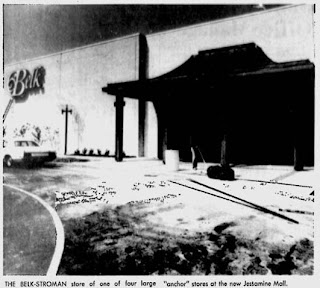 Belk Stroman at Jessamine Mall.  The store never actually said "Stroman" on the outside similar to how "Beery" was not displayed on the outside of Belk Beery in Savannah.  This store looks pretty much the same outside today. 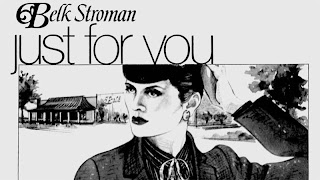 This Belk Stroman ad shows a model in the front and a pic of the store in the background.  Mr. Stroman was obviously very proud. 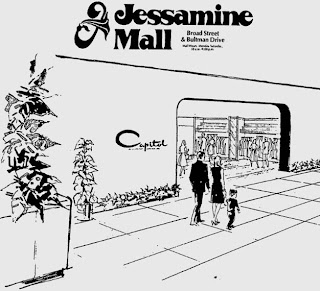 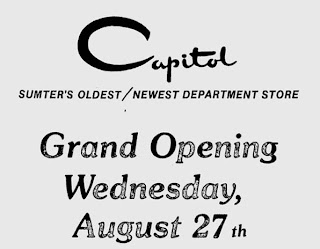 Included here is a drawing of the Capitol Department Store mall entrance and another part of the ad below with the store logo more prominent.  That was one swanky store logo!  I wonder if the store was as nice as the logo looked.  Capitol closed in the early 80's. 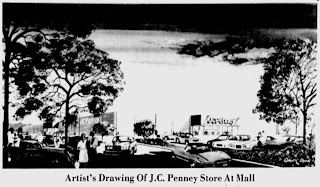 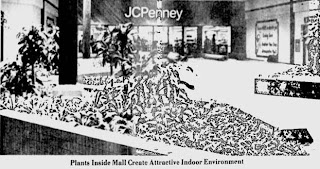 Rite-Aid hasn't changed much aside from how many places you find them today.  Their purchase of Eckerd and Harco in Alabama gave them great leverage. 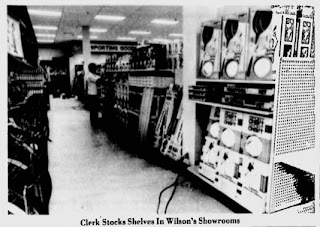 Inside of Wilson's showroom.

Wilson's logo.  It makes me tired somehow...or maybe I'm just tired.
Sumter Mall received its last renovation in 2002 after the Hull Storey Gibson takeover.  Considering similar malls, this likely meant carpet throughout and a removal of any and all fountains and planters.  The former Tapp's and Capitol location is today Sears, which arrived in 1989.  Sykes Enterprises, obviously a non-retail tenant, took over the former Wilson's location.  Several shops also continue to operate in the mall, which were there from the day it opened including Lynn's Hallmark, Claire's, Waldenbooks, Radio Shack, Reed's Jewelry, Rite-Aid, Regis, Radio Shack and of course Chick-Fil-A.  While the mall today still lacks the offerings of nearby Columbia, it is a healthy mall that is among one of the most successful in the Hull Story Gibson portfolio. 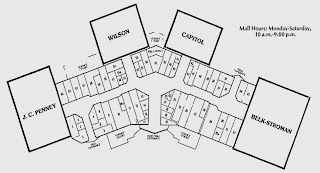 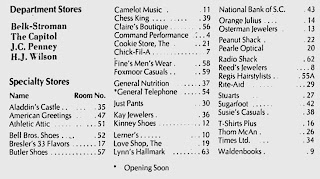 Original mall map and directory.  I bet the original center court was something special judging by that map.  That is, unfortunately, quite doubtful today.
With this, even though this is not one of the more exciting malls I have covered, I definitely wanted to show you this very interesting collection of photos, ads and mall promotion from just before opening day in 1980.  Maybe soon I can find some photos of how the mall looks today to compare to the original Jessamine Mall.  If the American mall is dying, especially the smaller ones, Sumter is definitely not one of those.
Posted by J.T. at 6:46 AM