I previously stated that Rich's was a relatively new arrival to the Savannah market.  Rich's here was nothing more than a name, unfortunately.  The Rich's of lore had all of its history, charm and character taken out of it by the time the Oglethorpe store opened, so its position in Savannah was by and large a corporate move.  Regardless, it was a good one considering Burdine's probably would not have set too well with people in Savannah.  Nevertheless, Oglethorpe needed more room.  The smaller Levy's/Maas Brothers, which had just been bought out and closed, was hampering the mall's efforts to stay competitive with Savannah Mall even though it had opened a mere 9 years earlier.  With that, the store was demolished, the mall was extended and Rich's joined Oglethorpe as its furthest south store in 1992. 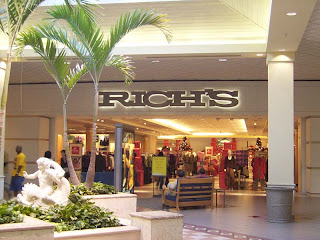 The pictures here are all by Russell Wells.  He took those for me back in 2004 when I was in the process of photographing all of the remaining Rich's stores prior to consolidation.  While it definitely lacks the cache of the classic stores, it is still nice to include these in my collection. 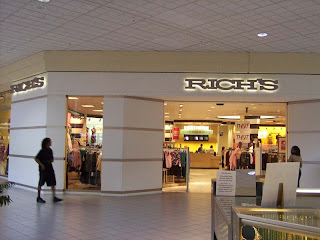 First photo is the direct mall entrance, while the second photo is a peculiar side entrance to the store right next to the main entrance. 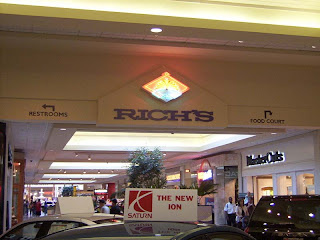 The entrance to the Rich's wing was graced with this overhead sign combined with a lit mall logo that I still find extremely attractive. 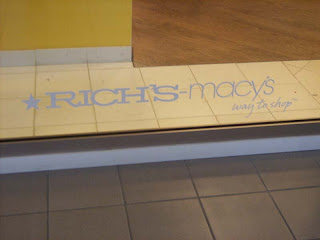 The ever infamous "Rich's-Macy's"...a two year time span when then Federated Department Stores severely downscaled Rich's to make people fall out of love with it so they would embrace Macy's when they changed it over.  Honestly, Rich's as it really was died 15 years before they changed the name.  In fact, the downtown store closed around the time construction started on this store.  It was still sad to see a classic and once heralded store marginalized to the point that nobody even cared. 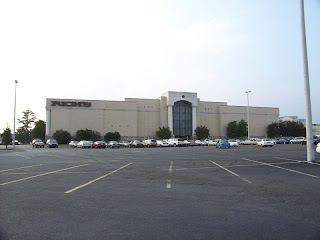 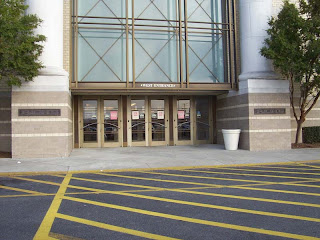 The new Rich's when it was built was reasonably attractive and solidly designed.  The only problem is that nearly every store built after it is a practical clone of this one aside from the fact this store had far less stucco than the later models. 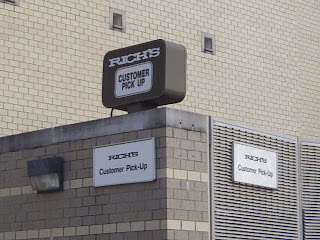 These "customer pick-up" signs caught my attention, too, during the changeover.  I photographed my share of them during that time.  What is so funny is that this font used for the logo is now very popular ever since Rich's went away. 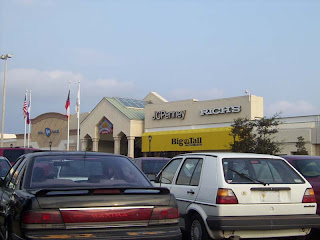 The Rich's logo was also displayed on the front of the mall along with JCPenney since both stores are in the back of the mall pretty much hidden from view of Abercorn.  I imagine Levy's/Maas Brothers had a worse problem since they were even more hidden.
Posted by J.T. at 12:00 PM