Something that has been very curious to me is the discovery of a defunct discount chain that apparently everyone forgot about: Town & Country.  In 1961, they were purchased by Lane Bryant, which quickly expanded the chain.  Prior to the purchase they were a Harrisburg-based operation with six small discount stores and a catalog service.  As they grew, they were mostly located in Pennsylvania, but they expanded to three locations were in Virginia, two in Maryland, and one in West Virginia.  Quite a few of the former locations still exist today, most repurposed in some form or another since they were generally smaller stores of around 30,000 square feet that were relatively easy to redevelop.  In all, it looks like the chain had at least 21 locations at its peak, and it catered to small and medium sized markets. 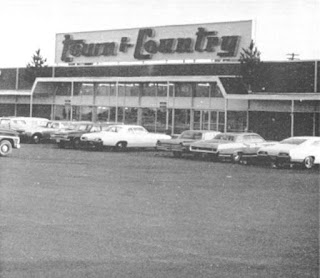 It is not entirely clear how Town & Country was marketed, but judging by the ads they were a store that focused a bit more on hard lines than soft lines (although its parent company was a clothing store), and it sold a little of everything sort of like Kmart did at the time.  Its catchphrase was that it offered a "Golden Guarantee".  While the stores carried a wide variety of merchandise, they did not appear to offer any services such as a pharmacy, auto center, garden center, restaurant, optical, etc.  This explains how they could offer a wide variety of merchandise in only a 30,000 square feet store.  Perhaps this lack of services was a factor that led to their demise since it was not an all-in-one shopping experience.  It made it difficult to make them stand out against competitors like Woolworth/Woolco, Murphy's Mart, and Newberry's.  It seemed that Kmart's expansion into its territory was what led to its seemingly planned demise.  No mention was ever made that the store chain was actually unprofitable as a reason for its closure.  Most likely it was a corporate decision to focus on their core business: Lane Bryant. 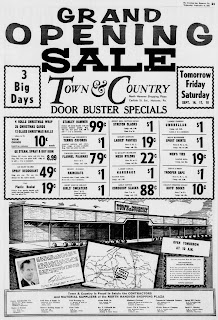 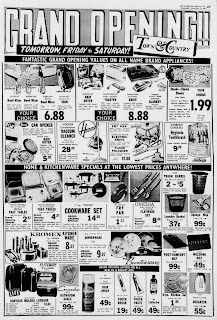 Clearly the logo didn't match the exterior in the first iteration of the store.  It would be replaced with an awesome looking logo by the 1970's.  Image from The Evening Sun from September 15, 1965. 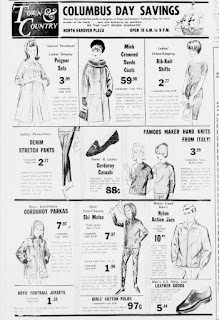 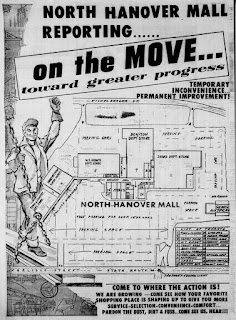 1970 saw the enclosure of North Hanover Plaza into North Hanover Mall.  The portion with Town & Country was fronted by an enclosed strip that ended at the former store.  Kmart looks to have greatly expanded the store in later years.  Image from April 1, 1970. 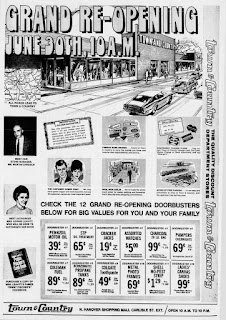 The 1971 reopening introduced us to that AMAZING "turbo" logo that was in use in the first part of the decade.  Note the update to the entrance to accommodate the enclosure of the strip in front of the store.  Image from The Evening Sun from June 29, 1971. 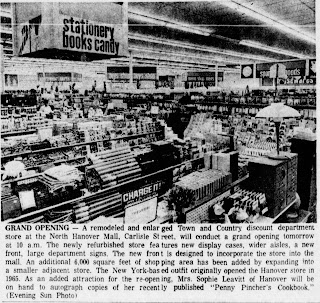 The interior of the updated Town & Country at North Hanover Mall.  It looks small and cluttered by today's standards, but this was apparently spacious for the time.  Image from The Evening Sun from June 29, 1971.

The store chain used three different logos, and the second generation logo was memorable...a mid-century turbo-style font.  Many of their stores featured a distinctive "hooded" canopy feature over the front entrance with sloping sides and a glass front that was quite similar to classic Mobil stations built during the same period.  Not much else is known about them except that they went out of business in 1977, and Kmart took over many locations as an attempt to expand into the Mid-Atlantic region.  Kmart locations that opened in these stores operated into the 1990's.  That means that most likely Kmart was willing to finish the leases on these stores considering that they likely operated on a 30 year lease with most locations open only around 10-15 years as Town & Country. 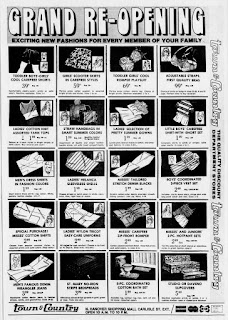 One more flyer from the grand reopening.  Image from The Evening Sun from June 29, 1971. 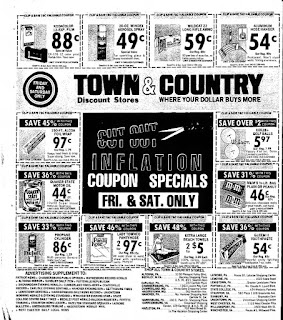 Constant logo changes could not have helped the bottom line of Town & Country.  This is the third and final version as shown in this ad from The Evening Standard from June 29, 1974. 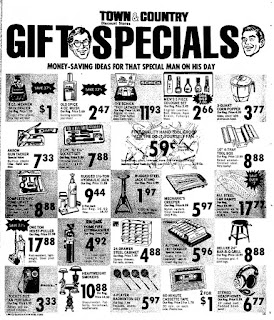 Norman Rockwell dads are waiting to be showered with gifts on Fathers Day.  They also want you to make sure you shop the specials at Town & Country!  Image from The Evening Standard from June 29, 1974. 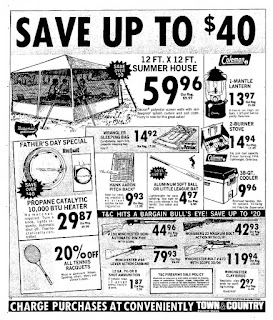 Maybe the Blues Brothers should have crashed into Town & Country instead of Dixie Square Mall, because "This place has everything!".  Image from The Evening Standard from June 29, 1974. 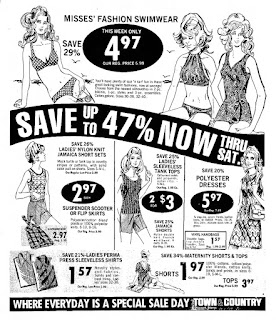 The New York influence comes out in this ad.  It was pretty clear that "Every day's a sale day at May's" was playing through their head when they came up with that slogan.  It's also a bit ironic to see bone thin cartoon women with no butts in a clothing ad from a store whose parent company is Lane Bryant.  Image from The Evening Standard from June 29, 1974.

Kmart has since closed or replaced every store that originally opened as Town & Country, all much smaller than the typical Kmart.  Along with J.M. Fields and others, it was one of the early casualties of the highly competitive discount store market that today is down to primarily just Wal-Mart and Target with no regional discount stores left in the Mid-Atlantic states.  Stores like Ames, Hill's, Murphy's, Jamesway, Clover, and others were all later casualties, but they lasted much longer than Town & Country and had a more significant footprint. 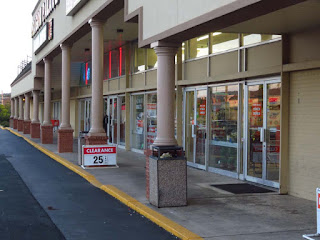 Part of why I wrote a post on this store is that I kept bumping into these stores.  When I saw this former store in Harrisonburg, VA, I was DYING to know what store it used to be.  Needless to say, finding out it was an obscure discount chain nobody had ever heard of was pretty exciting.  Look closely and you can see the angled canopy, which has been largely covered up on the front with this detestable stucco update. 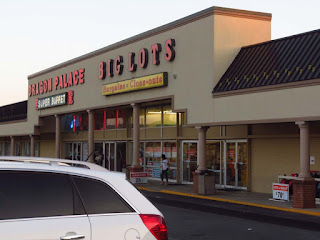 The unceremonious end of Town & Country usually ended up like this one: a single store subdivided into two or more stores.  Of course, this Big Lots has obviously been here awhile as it still sports the older logo. 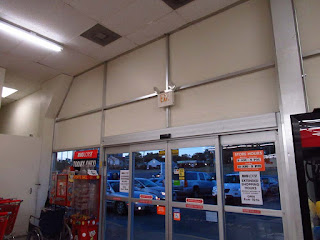 A complete list of former Town & Country locations (as of 1974) is below along with the present tenant (if the building still exists).  The known locations to have existed include the following: