Some malls never really die even if that means the mall is reinvented into something radically different than it originally was.  Jackson Mall, now Jackson Medical Mall, is a good example of that.  The concept of "medical malls" has had mixed success.  The Riverbend Medical Mall in Rome, GA was an abject failure while 100 Oaks Mall in Nashville and this mall have both been wildly successful.  While the concept is definitely unconventional, the mall is a mix of offices and a small amount of retail keeping the oldest mall in the city alive when it otherwise would have been closed and demolished. 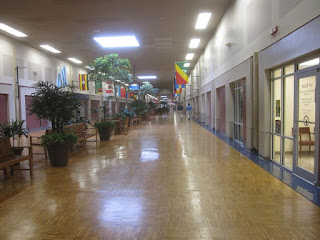 Opening in 1969, Jackson Mall was the very first mall in the state of Mississippi.  Unfortunately, it did not provide a complete retail experience for Jackson.  Closer to downtown than the other three malls in the city built later, stores that had a presence in the city such as Sears and McRae's remained downtown.  The anchor line-up in the original mall included a two-level Penney's, huge three-level Gayfer's and Woolco with Elmore's variety store near Woolco.  The mall was a straight shot south to north between Penney's and Woolco with Gayfer's off to the west side in the middle.  It also has a main entrance in the middle on the east side and side entrance wings near Woolco and Penney's.  In other words, it was a pretty conventional mall for the era aside from two showy anchors and quite unexciting when Metrocenter and later Northpark Mall arrived on the scene. 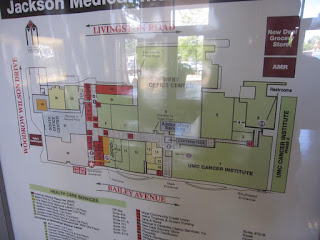 This is the current mall directory.  The South Office Center cluster next to the red shops on the left is the former JCPenney, the West Office Center is the former Gayfer's, either 3 or 5 is the old Elmore's, Piccadilly Cafeteria is 35 and the UMC Cancer Institute is the former Woolco.  The first photo is pretty much how the entire main mall looks.  I was unable to photograph center court. 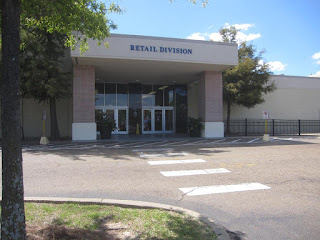 Southeast mall entrance where the retail shops are located.  This is next to JCPenney, and the entire left wall into the mall and former mall entrance contains the former store. 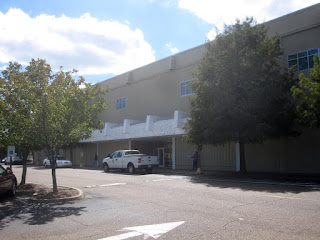 East side of former JCPenney.  Note the design in the white part with the "Funky P" laid out in an array.

When Metrocenter opened, Jackson Mall was able to co-exist with the newer, larger mall since they served different markets in the city.  Jackson Mall served the east and north parts of the city while Metrocenter served the areas south and west.  However, the closure of Woolco in early 1983 began the mall's troubles.  By then, the mall was located far from the interstates in the city and failed to expand and modernize to remain competitive.  When Northpark Mall opened in 1984, it was a catastrophy for the mall immediately taking both JCPenney and Gayfer's leaving the mall anchorless.  Soon after, the mall would close with nothing to draw customers in what had by then become a declining area left behind by retail development.  Most of that new development had mostly sprung up along the eastern side of I-55 while the mall was well west. 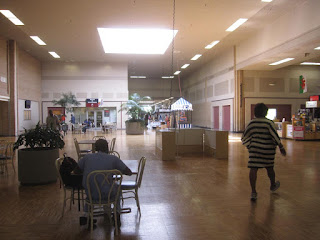 View of JCPenney court looking toward Piccadilly and the southwest entrance.  The main mall is to the right. 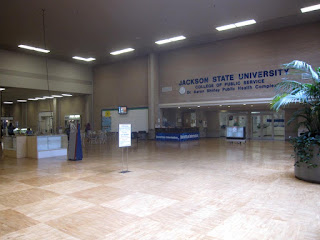 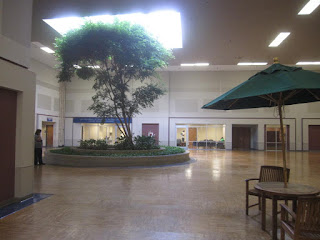 Woolco court.  Note the large tree and planter.  How come a repurposed mall can have one but a real mall can't have a single one?

In 1995, a local doctor came up with the idea to revive the dead mall as an inner city revitalization project.  Instead of a conventional mall, Dr. Aaron Shirley, according to the mall's website, "proposed that Mississippi's first retail mall be converted into a state-of-the-art ambulatory health care facility providing quality care for the urban poor of Jackson, Mississippi".  As a result, the mall reopened, anchors were filled with medical offices and a retail component was even retained to serve the patients and employees.  A Piccadilly Cafeteria is still operational on the west side near Gayfer's and a few small shops operate in the mall clustered near the former JCPenney. 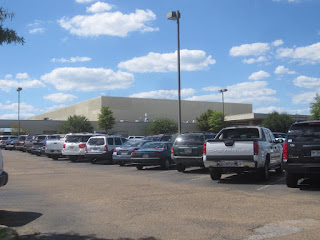 View of the mall and main entrance with the former Gayfer's in the background. 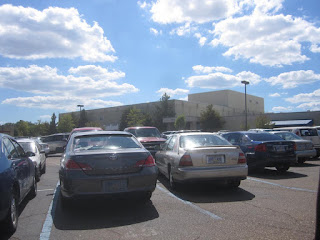 View of southeast mall entrance with JCPenney in the background. 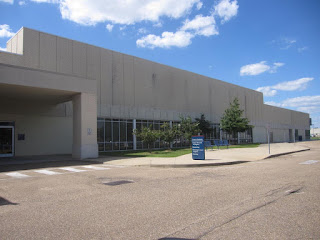 This former Woolco is pretty self-explanatory.

In appearance today, the interior of the mall retains much of its 1960's appearance.  It has the same high courts next to the major anchors, and the main change seems to be the wooden flooring throughout.  Outside, the anchors also maintain much of their original appearance: especially the old Penney's, which still has a Funky "P" array repeating over the entrances outside.  The mall also is probably busier than it was at its peak keeping a completely full parking lot.  In fact, it was extremely difficult to find a parking place when I arrived.  Rest assured, most of the people that were there probably did not want to be there. 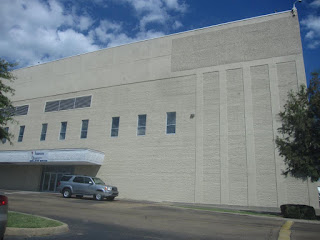 The pictures of this mall are not the best, because it was difficult to get pics both inside and out.  The absense of parking and presence of too many people made getting good angles tough, especially outside.  This was the former Gayfer's. 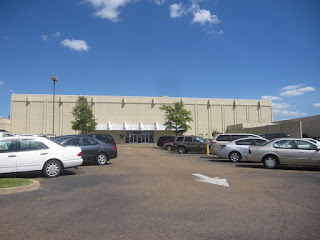 This is my best shot of the old JCPenney.  Other than the lack of a logo, the store still looks like it never stopped being JCPenney. 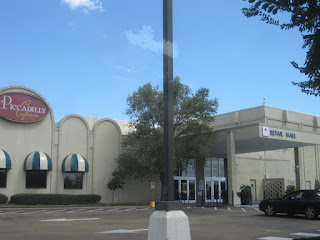 Another impossible mall angle due to congestion.  JCPenney is ont he right, the southwest mall entrance in the center and Piccadilly Cafeteria is on the left.

While the mall is no longer in its original use, I applaud the efforts to keep the mall alive.  I believe it is important for the state's oldest malls to be kept open and in use at any cost as they are historically significant.  Malls such as McAlister Square in Greenville, SC, the oldest in South Carolina, likewise found a re-use as a multi-university campus.  While I wish these historical malls could become real malls again, I was pleased to see that all of Jacksons malls are still intact in some form and that the city has a vested interest in keeping them all alive.