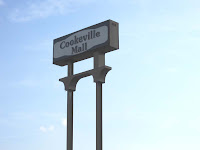 Cookeville Mall at over 47,000 square feet is one of several tiny malls located in small cities throughout Tennessee. Sadly, Cookeville Mall is near closure and probable demolition since the last time I saw it in 2005. In 2005, the mall was about half full and featured anchors JCPenney and Peeble's. Today, ONLY JCPenney remains. All other stores have either left or were forced out due to a rumored redevelopment plan that might not have been necessary if the mall had ever been renovated, expanded or upgraded in its entire history. JCPenney closed its mall entrance, and the mall was completely void of any stores or life but was still open when I visited four years after last seeing it. 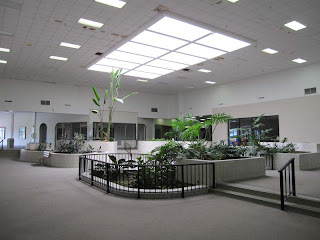 Center court is a classic 1970's-style with planters, steps and linoleum tile treatments.

Information on Cookeville Mall is strangely non-existant, not even in the community of retail history fans. There is no Wikipedia page, photo streams or mention on any of the other sites, so I am featuring this for the very first time. It is impossible to tell exactly when it was built, but by design it was built probably between 1975 and 1980. From what I understand, the mall was originally anchored with the same JCPenney on the west end and had a Harvey's on the east end. Harvey's was sold to Peeble's in 1988, which is why the last anchor there was a Peeble's. The mall also apparently had a now long-closed Cracker Barrel on the south end of the mall that ended up being a very locally run clothing store at the last. Having Cracker Barrel as an anchor makes sense considering the next city over is Lebanon: headquarters of the company. 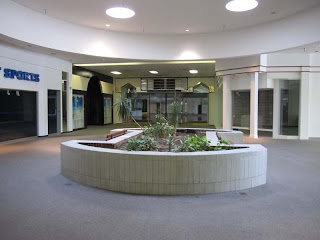 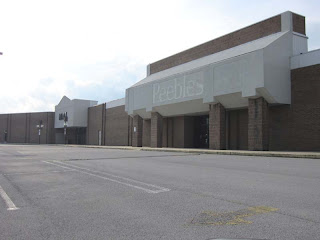 Harvey's south entrance outside with mall entrance in background. 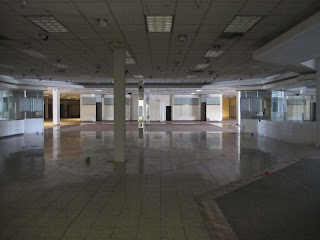 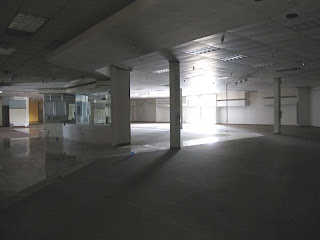 Another look inside Harvey's toward the south entrance.

The hold-out of JCPenney on an otherwise deserted mall is a real fluke. Unless the mall has a very solid redevelopment plan, it is unlikely that JCPenney will want to remain on a decaying piece of real estate no matter HOW appealing the terms. JCPenney historically tends to flee malls before they die instead of holding out to the bitter end like Sears. Nevertheless, it looks to me that the mall pretty much emptied out all at once in 2008. The mall was not in disrepair when I visited, and while the air conditioning appeared to be down or off, I did not detect any foul odors or any major decay other than a few signs of roof leaks. 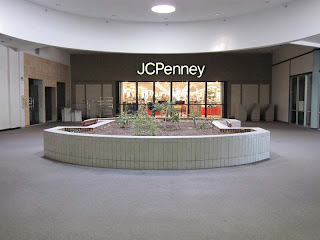 Most of the stores that left Cookeville Mall did not leave for another mall...or even a lifestyle center! The majority of the malls tenants instead left for a two-phase strip mall known as Jackson Plaza, which oddly is anchored with mall tenants. The Peeble's as well as most mall stores bolted for Jackson Plaza, which is also anchored by Sears, Belk and Food Lion. The center also had a Goody's, which leaves a very clear vacancy that JCPenney could very easily fill. 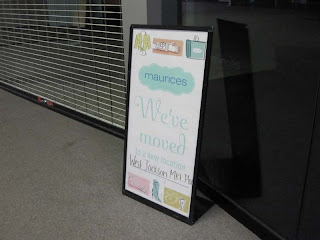 The funny thing, though, about Jackson Plaza is that unlike Cookeville Mall, it is quite far from I-40 or any freeway. The only thing it has to offer, quite frankly, is that it is a "newer" side of town. At this, Cookeville Mall still has the advantage of a high visibility location, and a proper redevelopment could reverse its fortunes completely. In fact, it is rather peculiar how none of this development steered towards the area where I-40 and TN 111 (an eventual future interstate) crosses. Furthermore, the condition of Cookeville Mall in my opinion is sheer marketing failure, and it did well to last as long as it did considering the lack of interest by the mall's owners of keeping it attractive and competitive. It is hoped that Penney's hangs on and the center really does sprout the city's first Target and what comes is better than what they have had. 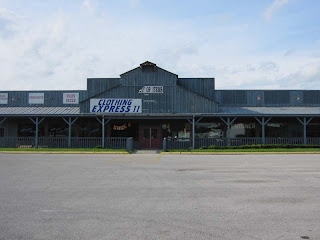 Looking at the old Cracker Barrel: the ONLY one I've ever known attached to a mall. The former mall entrance for this is somewhere near the Chuck-E-Cheese looking entrance below. 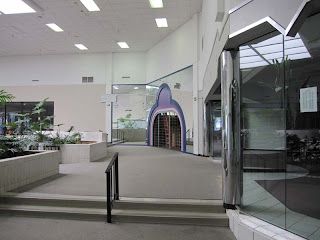 The aboved mentioned mirrored mall entrance off of center court close to where Cracker Barrel once entered the mall. Perhaps this was the entrance prior to the subdividing of the restaurant. 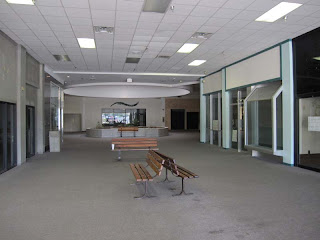 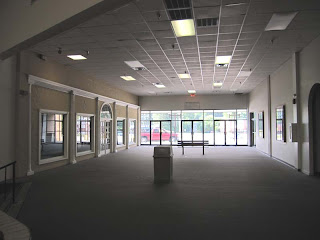 North entrance at center court. The store on the left looks like a restaurant. 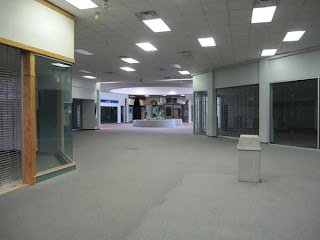 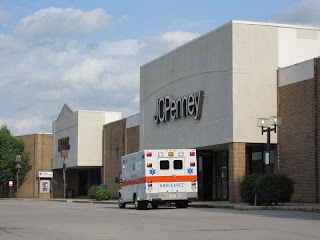 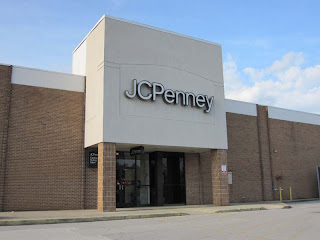 Penney's outside entrances north and south, respectively. Note the ambulance in front of the north entrance. Ironic? 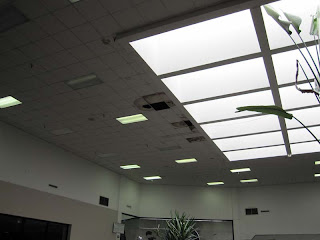 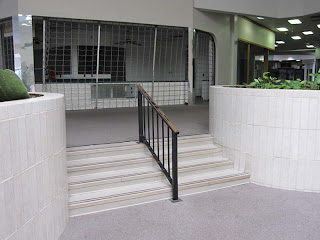 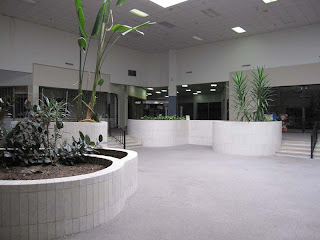 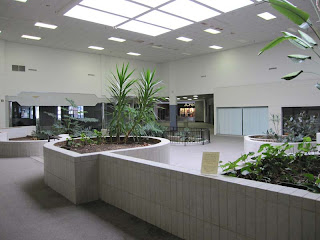 More views of center court. The last photo is facing the Penney's.
Posted by J.T. at 7:53 AM